Jessica Brillhart, Principal Filmmaker VR at Google, complains that we interpret Virtual Reality, this new technology, with old techniques. In an interview with Sueddeutsche Zeitung this summer she pointed out fundamental differences between VR and filmmaking. The most important one: in VR there is no audience. In her opinion recipients of a VR project should be seen as visitors not as an audience. Users are visiting and interacting with a VR-world. They are not observing only a story. Reading her interview I thought it would be worth to have a quick look into the sources that inspired VR. Defining six key skills and fields of knowledge to master VR

1. Storytelling
Storytelling seems to be a fundamental skill for VR. Truth is: it´s not. At least for today. But this will change in the future. Definitely. Today we see a lot of epic content that wows people because of extraordinary places, extreme height or depth. Places where we´ve never been or couldn´t go. There is a lot exciting and frightening stuff out there. And as long as there are some users left who have never tried VR goggles this content will still be satisfying. All others will ask for more. For stories and adventures. But here comes the challenge for storytellers: VR needs a narrative, but it is not linear. There is no classic story-arch from “Beginning” to “Climax” to “Happy End”. And on top of this: the control upon the plot is not by the author. It´s with the user. So VR content is less a story, more a world. And the job of a storyteller in VR is guide the visitor through different options of a world to get him or her maximum experience.

2. Film
If you want to become a master of VR storytelling is a must but you also have to be an expert on moviemaking. You should be a scriptwriter, a director, a storyboard artist and a camera man too. VR is such a visual art – same as film so you should know about colors and composition, about real acting and animation as well as motion graphics, 3D of course. Some film-artists see VR as their future. So you have to learn all this and then – unlearn everything. There is a reason why independent filmmakers are experimenting with VR. Alejandro G. Iñárritu, Academy Award winner (Birdman, The Revenant), impressed the Cannes Filmfestival 2017 with his experimental VR project “Carne y Arena”.

He says about his experiences with VR: “This is groundbreaking, very provoking. As filmmakers, none of the grammar tools apply. A film is about frame, the length of a take, the juxtaposition of edited images. A film without a frame is to film as a car without tires. It´s not a car anymore. It´s a leap forward. With cinema, that little hole you see through, I give you 20% as director and you figure out the other 80%. That´s the dialectic. Here I give you 360 degrees,” Iñárritu said. “In this ironically, you have the control. I give you the will, with light and sound and all, but you act unilaterally. It reveals who you are. You can watch Netflix at home, but with this you have to go out. It´s not cinema. It´s being cinema. I like this stretching thing to make people go out of their houses.”

But here comes another obstacle: a Hollywood blockbuster costs millions of dollars. And – in the best case - it brings millions of dollars back as viewers pay for a ticket. Each film presentation is a unique group experience in a cinema worth this money (well, Netflix may have a different opinion on this). A VR project – like Iñárritu ´s “Carne y Arena” is reserved to a small group of individuals. And – so far - it’s an individual, solitary experience.

You are alone in VR – but you are active. “In fact, every time we go to the movies, a booming disembodied voice tells us to sit quietly and keep our mouths shut.” (Scott Rigby in “Glued to Games”). In VR you have to act, like an actor on stage.

3. Theater
This is another field of knowledge you should be aware of: Theater. Not many had been aware of the “Fourth Wall” when Netflix let Kevin Spacy alias Francis Underwood in House of Cards turn straight to the camera and talk to us straight. Nearly 100 years ago the German author and theater director Berthold Brecht was one of the first to break the theater rule of the “4th Wall”. Brecht also asked the audience to play, to enter the stage or instructed actors to leave the stage and interact with theater visitors.

There is a lot VR can learn from theater. Especially how to design space. With 360 degree your stage is enormous. You need to take care of more than the corner where the action is happening. A theater stage is wider than the perspective and angle of view of your main character or your camera. The whole stage needs to be designed and it´s up to the audience where to look at first.

Despite the fact that many theater academies are refusing to work with VR, there are some teams, testing whether this new technology can enhance theater experience. Pioneers are Marcel Kanapke and Branko Janack. The media designer teamed up with the theater director in Berlin to bring “Cyber Räuber” on stage. Sorry on VR. “CyberRäuber” is a modern interpretation of Friedrich Schiller´s classic drama from 1782. Well, Kanapke and Janack use Schiller´s theme and text fragments.
What can VR offer what theater does not have: its immersion. As a user you dive into this world as never before and you are not observing Schiller´s “Räuber”, you are one of them. This benefit is the reason why the National Theater in London has opend up a Immersive Storytelling Studio to test and try new formats of storytelling for theater and VR. Have a look for yourself: https://www.nationaltheatre.org.uk/immersive

4. Games
Speaking about immersive storytelling you have to know as much as you can about games. The gaming industry is a true master of Immersion. Millions of players around the world forget time and place, dive deep into a game and play for hours. Hungarian psychologist Mihály Csíkszentmihályi calls this phenomenon the “flow effect”.

In VR we are not at that stage yet. Still we don´t blur out reality completely. A far as we have to wear this heave goggles we will not dive hundred percent into the story. Still our brain tells us that what our eyes and ears recognize is not matching with the information from our body – so something is wrong here. But we will see what happens when performance artist Mark Farid will do what he announced last year: he will spend 28 days, nearly a month, for 24 hours a day in VR and tries to blur the line between reality and virtuality. What VR definitely is learning from Game desigers ist how to handle interactivity and storytelling. How to offer different scenarios to create an open and endless story which is built on a collaborative narrative as VR is not only an invitation to play, it’s a common experience.

5. Theme and Amusement Parks
Brings us to the fifths area of expertise: parks and modern museum design as well. Think about VR as a theme park where you can walk around and decide on your own which experience you are interested first. Walt Disney was the first to see the opportunities for theme parks. And notice the word “theme” here. “Disney rides put people inside a story in the real world.” (Flint Dille in “The ultimate Guide to Video Game Writing and Design”). And VR is doing the same in a virtual world.

6. Technology
Last but not least - this is obvious: You have to be a techy. Going beyond 2D and 3D animation. Understanding how to use hardware such as weareables. There will come so much more than Oculus Rifts and Hololenses. Today 10 million goggles are sold and the gadget will become cheaper. But with the internet of things on the horizon it’s a matter of time that all kind of clothes or furniture or even a washing machine in your home will be able to tell you a story. Ordinary items will talk and interact with you – for entertainment, learning or for work. VR does not need to be seen only as a luxury for pleasure. That’s just the beginning. Augmented Games such as Ingress and Pokemon Go are first proofpoints that we will extend our reality with virtual content and the other way round. Expanding our experiences to learn for work and for live. Just imagine … well … find out for yourself e.g. on the website of Magic leap.

Virtual Reality is a pretty new technology. And we all make our first baby steps. Therefor Jessica Brillhart resumed her view on VR at a talk in Stuttgart with a quote from U.S. author Kurz Vonnegut – spot on: “Hello Babies. Welcome to Earth. It´s hot in the summer and cold in the winter. It´s round and wet and crowded. On the outside, babies, you´ve got a hundred years here. There´s only one rule that I know of, babies `God damn it, you´ve got to be kind´.”

Photo by Samuel Zeller on Unsplash 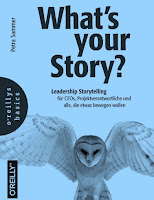 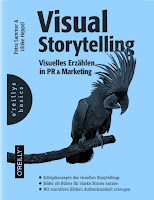 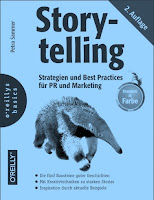 Petra Sammer
pssst... Petra is a creative strategist and idea coach for marketing and PR. As keynote speaker, author and trainer Petra shares her knowledge based on 25 years of experience working with communications experts and leadership teams worldwide.